Are mortgages about to get more expensive?

Find out to the proposed changes to interest rates that could affect how much you pay for your mortgage each month.

Speak to a broker
If you’re thinking about getting a mortgage, read this guide and learn about the proposed changes to interest rates that could affect how much you pay for your mortgage each month.

A mortgage is the most expensive debt you’ll ever take out so getting the best deal is important unless you’d rather pay through the nose and put up with high payments that leave you unable to actually live. Interest rates aren’t the only factor to consider when comparing mortgages, so a rise in rates might not necessarily mean your dreams of homeownership or upsizing are out the window.

There are still affordable deals to be had when it comes to mortgages, whether you’re a first-time buyer, remortgager or buy-to-let landlord. We cover the key changes that you need to know about including:

Speak to a broker who can quickly calculate your mortgage amount with various lenders, charging various rates.


Rishi Sunak’s next UK statement could outline changes to rates

You may remember that in September 2021 the BoE (The Bank of England) had signalled ‘modest tightening’ of their monetary policy for the next 2 years, suggesting that interest rates wouldn’t remain at 0.1% for long.

In fact, the Treasury has requested each department within the government identify “at least 5% of savings and efficiencies from their day-to-day budgets”.

With cuts to be made, could interest rates be about to increase in a bid to recover from the economic damage that covid has caused through 2020/2021?

The situation is ‘being closely monitored’ in line with inflation

Mortgage rates are low for now but inflation continues to increase. As the price of goods and services increases throughout the UK, that could be set to change. Simply put, inflation is the rate at which prices are rising.

The annual inflation rate in the UK jumped to 3.2% in August of 2021, the highest since March 2012. The BoE predicts that price rises will reach 4% by the end of the year.

Why has inflation increased in the UK?

Will interest rates soar to stop a rapid rise in inflation?

A small amount of inflation can be a sign of a healthy economy. But if inflation quickly increases and wages don’t increase in line with the rise, that can leave people out of pocket.

The BoE may decide to increase the base rate, which is the interest rate that banks and lenders follow. Lenders, like mortgage lenders or credit card companies, also charge interest on top of this when providing finance because they take on the risk that you might not repay it. If the base rate goes up, interest rates for mortgages, credit cars and personal loans go up too.

As reported by the BBC, developments over the past month have "strengthened" the case made in August that some tightening of monetary policy could be necessary.

The BoE slashed borrowing costs at the height of the coronavirus pandemic but the MPC (The BoE’s Monetary Policy Committee) met on the 4th of August 2021 and decided that economic conditions had been met to allow it to start discussing raising interest rates in the future.

Previously, out of the 8 members, 7 voted to keep rates at 0.1%. Since then, BoE Governor Andrew Bailey revealed that now four of the eight MPC members who voted last month - himself included - thought some initial conditions had been met to begin exploring the possibility of raising interest rates.

Economists predict that the base rate will likely rise to 0.5%

If the base rate is increased in 2022, as predicted in a nationwide poll by economic experts, then interest rates for mortgages will go up too. Some predict that the base rate will likely rise to 0.5% in February 2022 and go up to as much as 0.75% by the end of 2022.

However predictions are scarcely accurate and if inflation decreases, a rise in interest rates might not be on the cards. With that said, for the thousands of homeowners currently on variable rate mortgages, a hike in interest rate could lead to expensive monthly repayments. Depending on the severity of that increase, those repayments could become unaffordable.

How would an increase to the base rate to 0.5% affect a variable rate mortgage?

Hypothetically, person A has a £200,000 mortgage over 25 years with a variable rate that tracks the BoE’s base rate. The mortgage is currently charged at the base rate 0.1%, plus additional interest charged by the lender (3%). In the example below, if the base rate were to increase from 0.1% to 0.5%, the borrower’s mortgage could increase to £1,002 a month.

How would an increase to the base rate to 0.5% affect a fixed rate mortgage?

Person B also has a £200,000 mortgage over 25 years but they have a fixed rate deal. Their interest rate of 3.2% is fixed for a set period of 5 years and after that, they will revert to the lender’s standard variable rate which will no doubt be higher.

The rate a person is charged for their fixed deal might be a little higher versus a variable rate but their own circumstances and the lender's range of products will determine this. Some lenders charge higher rates to provide the privilege of knowing that monthly repayments won’t suddenly jump up. For those 5 years, person B has a rate that is unchangeable, even if the base rate were to increase or decrease.


Person B could also decide to remortgage before their 5 year fixed-rate deal comes to an end, to avoid reverting to the lender’s standard variable rate and paying more.

Should a first-time buyer get a fixed interest rate before 2022?

This will entirely depend on their appetite to risk. If you’re hoping to buy your first property this year or the next, interest rates should be a keen focus as the higher the interest rate, the higher your monthly repayments.

There are lots of mortgage lenders in the UK that provide fixed-rate mortgages to first-time buyers and if you’re eligible for one of these products, it may be worth considering locking in a low rate before they are predicted to rise in 2022. Whether or not that will be right for your circumstances needs to be carefully considered.

Think about whether you’d like to remortgage in the near future as some fixed-rate mortgage deals can have high exit fees, which make it expensive to switch deals if you want to move or change mortgage providers. If you’re unsure about whether you should lock in the historically low rates now, or wait and see what happens to the market, it might be a good idea to get some advice from a mortgage broker.

They can calculate your mortgage repayments with different providers, with fixed or variable interest rates. They’ll also look at the other factors that affect the overall cost of your mortgage including incentives, early exit fees and over repayment charges.

Can I get a good fixed rate for my mortgage now?

Locking down the cost of your mortgage now could help you protect your finances in the long run with prices ‘inevitably’ set to rise. With an abundance of UK banks and lenders and a range of products available, there are still advantageous mortgage rates to be found.

Whether you’re thinking about remortgaging before your current fixed rate deal ends, investing in buy-to-let property or hoping to buy your first home, we have a team of qualified and highly reviewed brokers who can help.

It’s a broker's job to work out the most affordable route for you regarding your mortgage and mortgage insurance, helping hundreds of people a year save money where it matters.

Some people have a dedicated broker to manage their mortgage over the years to avoid the chore of constantly chopping and changing mortgage providers.

A broker searches the market on your behalf and lets you know when and where to switch, if affordable and appropriate for your circumstances. Call 02380 980304 or let us know more about you via our contact form if you’d prefer to talk later. 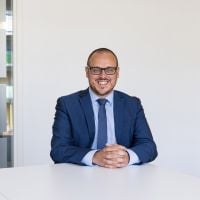 Boost your chances of mortgage approval with the help of an expert mortgage broker. Check your mortgage eligibility now.
Get Started Call Now