The Race for Space Slashes the Number of Homes for Sale

Find out how Covid caused disruption and drove demand for property

Speak to an adviser
It’s been a busy year for the property industry - the busiest since 2007 - but home hunters are undoubtedly displeased with the lack of options and the extortionate asking prices.


What was it about 2021 that encouraged such high sales numbers, driving demand and ultimately pushing up property prices? And what’s predicted to happen to the property market in 2022?

Coronavirus, 3 lockdowns, and a cancelled Christmas might have been enough alone to motivate people to buy or sell their properties but there were additional factors that contributed to the property price hike.

An economist might say that it’s simply supply and demand - but we’ve broken down the key contributing factors to explore how prices have risen so exponentially.

In March 2020, the Bank of England (BoE) cut interest rates from 0.75% to 0.25% to try and control the economic repercussions of Coronavirus, which had so far resulted in businesses losing staff, temporarily closing their doors or ceasing to exist at all.

The BoE base rate influences all loan and mortgage interest rates in the UK. It’s the base rate that lenders are charged for borrowing from the BoE and the rate they look at when they set the rates for their products. By reducing the base rate, the BoE made borrowing cheaper, arguably encouraging people to borrow while rates remained low in a bid to boost the financial situation of the nation.

On the 19th of March the MPC (Monetary Policy Committee), a group that makes decisions on changes to the base rate, voted to reduce the base rate even further, to a record low, 0.1%. That meant that borrowing money for a mortgage or a loan became cheaper again and subsequently, lenders experienced an influx of mortgage applications.

Which? found that 9/10 90% and 95% mortgages were withdrawn from the market following the start of the Covid-19 outbreak in March last year with lenders limiting their lending and requiring higher deposits.

The introduction of the government-backed 95% mortgage scheme was the start of change, encouraging lenders to provide first-time buyer mortgages with lower deposit requirements.

Amid the pandemic, many lenders were hesitant about loaning but their risk of loss was reduced when the government announced that they would guarantee to offset the risk.

The scheme was announced in the April budget by Rishi Sunak who spoke of providing an affordable route to homeownership for aspiring homeowners and ending generation rent.

The governments’ research found that demand for homeownership had soared during the lockdown, with nearly 80% of private renters saving for a deposit.

Additional lenders followed suit, providing their own alternative 95% mortgage products, many of which aren’t government-backed. Eligible first-time buyers that could meet the lending criteria now had an increased choice of mortgage lenders.

Stamp Duty Land Tax (SDLT) is a tax that’s applied when you buy a property in England or Northern Ireland.

The government decided to temporarily remove this tax between July 2020 and July 2021, to encourage economic growth. During this busy period, investors, BTL landlords and second-time movers could buy property without the cost of SDLT, making home purchases cheaper and some property investments more viable.

This led to professionals such as surveyors, mortgage brokers and conveyancers having huge backlogs of work, which slowed down completions.

An Aldermore survey revealed that first-time buyers were delayed by an average of three months, with 1/6 being delayed by five months or more.

Covid caused disruption and drove demand for property but the announcement of the SDLT break resulted in greater demand to buy property within the tax break window, creating a flurry of buyers.

Prices rose and (FTBs) or those with lower equity behind them were pushed out, often gazumped (outbid by another buyer) at the last hurdle.

Frustratingly, Aldermore’s research also found that almost 50% of FTBs had a house purchase collapse due to delays or ‘gazumping’ and that when this happened, they wasted an average of £2,400 in fees.

A lack of space and no garden motivated home-hunters to seek a fresh start in a new location. According to property portal Zoopla and as reported by The Times, the desire for a home office and green space pushed prices up by 8.3%.

Wales saw a house price increase of 10.8%, with Brits from across the UK flocking to the open valleys and picturesque villages, retreating from the bustle and busyness of city life.

The North West of England saw a 9% increase whereas, in London, property prices rose by 2.3% in 2021, though demand for apartments was notably down. Zoopla found that flats have increased in value by only 1.2%

How has the property boom affected first-time buyers?

As reported by This is Money, a survey by the specialist mortgage lender, Aldermore found that;

A potential rise in interest rates

Now that the incentive of a stamp duty saving for second steppers, downsizers, and buy-to-let investors has gone, demand for property could slow down. Inflation is also rising, so low-interest rates might not be here for long.

The MPC voted 7-2 in favour of no change from the current record low rate of 0.1% but the bank's governor Andrew Bailey said the decision had been a "close call" and didn’t rule out a rate rise at its next meeting in December.

If rates do rise, mortgages are likely to become more expensive, though it’s unlikely a rise in the base rate would be sudden and sharp with Mr Bailey stating to the BBC,

“We're not signalling that there's going to be some very sharp return to the world that we can just about remember before the financial crisis.

He added that the MPC wanted to see "more evidence" of how the labour market was evolving before raising interest rates but stressed that the BoE think that there will be a need to increase interest rates to bring inflation sustainably back to target and that they’re “ready to do that."

It’s not all doom and gloom and there are opportunities for buyers in 2022, with more low-deposit mortgages on the market and various affordable homes schemes on offer.

The First Homes Programme is one of those schemes, introduced first as a pilot in Bolsover, Derbyshire; Cannock, Staffordshire; Newton Aycliffe and County Durham.

The scheme will allow eligible first-time buyers, key-workers, veterans, teachers and local residents to purchase a new build home in their area, with a minimum discount of 30%. The amount of discount a buyer receives is up to their local council but some people could be able to buy a home with as much as a 50% discount.

The discount will be passed on to future buyers when First Homes are resold so more people can be helped onto the ladder.

New developments are beginning to crop up throughout England as the pilot schemes progress. Eastleigh Borough Council announced on the 30th of November that 201 First Homes are proposed to be built within a 2,500-home development.

One Horton Heath, a 310-acre multi-phase scheme, is the first in the South of England to be part of First Homes.

While that’s still a while away yet, completion dates for Help to Buy loans could wreck people’s plans to get on the property ladder in time to before the scheme ends.

There are also concerns that unless another scheme replaces Help to Buy: Equity Loan, construction of new build homes may dwindle in 2023, further adding to the shortage of affordable routes to homeownership for first-time buyers.

Ask an expert about rate rises, property prices and more

While there’s no crystal ball to explain the future changes that may occur within the property market, good or bad, getting the right advice about how you could finance a potential property purchase can help you make an informed decision about whether or not 2022 is the year for you to buy.

Buying a property is a big financial commitment and it’s in your interest to get a deal that’s affordable and suitable for your unique circumstances.

You can always contact one of our advisors for mortgage advice with the confidence that you’ll receive clear, honest, simple advice. 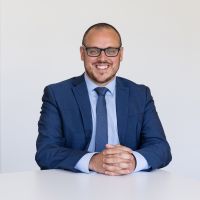