What to do if your mortgage is declined by Nationwide

Discover what to do if Nationwide declines your mortgage, and how an independent broker can help you renegotiate, or source a more suitable deal.

Speak to a broker
Having a mortgage application declined by a mainstream lender like Nationwide can be disheartening, but the good news is this doesn’t have to be the end of the line for your journey to homeownership

On average, 10% of mortgage applications are declined each year - so rest assured you’re not alone! Interestingly, one of the most common reasons for receiving a mortgage rejection is simply down to the lender being an unsuitable match

So if you’ve been refused a mortgage by Nationwide, keep scrolling. We’re going to outline some of the most common reasons this lender rejects mortgage applicants, and what to do if you don’t make the cut.

Is it hard to get a mortgage with Nationwide?

As with most high street banks and building societies, Nationwide tends to cater for ‘the majority’, offering a range of products, including lifetime and retirement mortgages for over 55s, 95% loan-to-value deals for first-time buyers, and support of affordable homeownership schemes.

Although Nationwide’ states are fairly competitive, it has an extensive list of strict criteria you have to meet in order to be eligible for a mortgage, and can lack the flexibility and discretion you might find from a more specialist lender.

Those who may struggle getting a mortgage with Nationwide include newly self-employed applicants, zero hour contract workers, and certain bad credit customers, including those with current unsecured debt.

What to do if Nationwide refuses you a mortgage

If your mortgage application has been declined by Nationwide, don’t panic. The likelihood is they weren’t the right lender for you, and there are probably a number of more suitable options out there.

The worst thing you can do after having a mortgage refused is to start reapplying willy-nilly elsewhere; too many failed applications for finance will leave a hard footprint on your credit file, which can be damaging to your credit score and future prospects.

Instead, contact Nationwide to find out the reasons why you were declined - there may be issues that need addressing before another lender will accept you. If you don’t feel comfortable doing this yourself, ask a broker to do so on your behalf.

Even if you don’t get a response from Nationwide, a broker may be able to get to the bottom of why you received a rejection. After reviewing your circumstances, they can also recommend whether you’re better off reapplying to Nationwide with an amended application, or approaching a different lender altogether. They can also help you rectify any outstanding issues, and thrash out a new mortgage application.

Why has Nationwide rejected my mortgage application?

When it comes to mortgage eligibility there are so many variables at play it can be difficult to pinpoint exactly why an application is refused. That being said, there are a few, perhaps surprising, scenarios in which Nationwide might flat-out decline you.

You’ve been self-employed for less than 24 months

Many lenders perceive self-employed borrowers as higher risk than those in permanent employment. As such, most require you to have been trading and have proof of income for at least the previous tax year.

Nationwide have slightly stricter requirements for self-employed applicants; a minimum trading period of two years is required, alongside the previous two years’ SA0302 forms and Tax Year Overviews or an accountant's certificate.

If you’re newly self-employed or have been trading for over two years but don’t have the full two years’ accounts as proof of your earnings, you won’t be accepted for a mortgage with Nationwide.

While Nationwide will consider zero hour contract (ZHC) income, borrowers must have been employed on a ZHC basis within the same industry for at least 12 months, and will only be accepted if it is not the primary source of income.

This means that there must be another form of earnings (e.g. employed / self-employed / pension) on the application, from either you or a joint borrower, which is higher than the ZHC income - or you are liable for a rejection.

You have current unsecured debt

As well as assessing your credit commitments in their affordability calculations, Nationwide are fairly strict about what types they are willing to accept.

You are likely to be declined if you have unsecured debt, such as a credit card or personal loan, with more than six months to run, unless you can provide proof that the debt will be paid off in full before you begin repaying your mortgage

While some lenders are happy to accept applicants with 1 - 2 years of address history, Nationwide’s eligibility criteria explicitly states that all applicants must provide an acceptable full three years’ UK address history to be considered.

To mitigate the risk associated with older borrowers, many lenders have maximum age thresholds for taking out and / or repaying a mortgage

Nationwide mortgages must be repaid on or before the eldest applicant’s 75th birthday, although existing borrowers whose existing mortgage term extends beyond this time may take out a new mortgage over the term remaining on their current loan, subject to meeting additional lending criteria

If you’re approaching retirement age, Nationwide will use both current income and anticipated retirement income to assess your affordability and overall mortgage eligibility.

You want to buy a non-standard construction type

Nationwide reviews non-standard properties on a case-by-case basis, and you’ll need to provide them with the name of the type of construction, the year built and details of any repair scheme if applicable.

Lending terms will vary depending on the construction method used, as well as the year the property was built. If you’re declined, you may want to approach a specialist non-standard construction lender.

There are a number of other reasons Nationwide might reject a mortgage application, and their general lending criteria can be found online. A few examples of situations which may result in a mortgage being refused include

Speak to a broker for help salvaging a declined mortgage application

Rather than waste time and additional damage to your credit file, if you’ve had a mortgage application rejected by Nationwide your first port of call should be an independent mortgage broker - like us

Our team of expert advisors are here to help, and are well-practised at salvaging rejected mortgage applications. We’ll be able to tell you the probable cause of the rejection, and advise you on next steps - whether that be a new application with a more suitable lender, or an appeal or re-application with Nationwide.

Don’t let a mortgage rejection dampen your spirits: speak to a member of the team by submitting an online enquiry using our simple online form, or pick up the phone and call us directly on 02380 980304

How long does Nationwide take to process mortgage applications?

It usually takes two to three weeks for Nationwide to process your application and issue you with a reply. If your application is straightforward it might take considerably less time, whereas those with more complicated circumstances (e.g. bad credit / complex income arrangements) might have to wait a bit longer.

Why have I been declined a mortgage with Nationwide after getting an agreement in principle?

This is more common than you might think, because mortgage agreements in principle (AIPs) are not legally binding offers. When lenders issue AIPs they only carry out top-level checks on the information you’ve provided.

When it comes to issuing a formal mortgage offer the checks are far more thorough, and your application may be rejected if new information comes to light which goes against the lender’s criteria.

Is it worth appealing if Nationwide declines my mortgage application?

You always have the option to appeal if a lender rejects your mortgage application, but you’ll need a rock-solid case to convince a highstreet lender like Nationwide to revoke a refusal they’ve already issued

If you think you have a legitimate reason to dispute the decision, you will need to put an appeal together in writing and submit it to the lender. Before you do, it’s advisable to run it past a mortgage broker

Nationwide’s maximum loan-to-value for self-employed applicants is 85%. If you’re hoping to get a mortgage with less than 15% deposit, you might think about finding a more flexible lender.

Can I get a Nationwide mortgage if I have bad credit?

Nationwide have fairly strict policies on bad credit, but they are more flexible than some highstreet lenders. The decision will usually be based on the type of bad credit, how long ago it occurred and whether you meet the remaining criteria.

You’re likely to be rejected if you have undischarged bankruptcies, although those who have been discharged for over 3 years may be considered. Those with a history of repossession may be considered, depending on the circumstances. 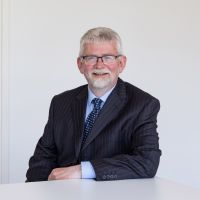